Create Your Own Big Beers 2022

We are lifting our glasses in a toast to the amazing breweries who have made Big Beers what it is today over the past 20 festivals in the Rocky Mountains of Colorado.

Wherever you are in the world, we give thanks to you for participating and supporting the art and craft of brewing. These special big (7% abv+), Belgian in style (or actually Belgian), and experimental beers are worthy of note, and our mission to open the eyes of the casual beer drinker continues as we move forward with you to 2023.

We hope to see you in person in Breckenridge to celebrate our 21st Anniversary (January 5 – 7, 2023). Please save the dates on your calendar!

There are so many ways to celebrate and support our breweries. Browse the list below for something near you

January 15th, 2022 will be a very special can release of two Belgian ales:

In addition we will be tapping a very limited keg of our 2021 Bourbon Barrel Grand Cru on that day as well. This Dark Strong Ale was packaged exclusively for our private club with only 5 gallons of beer being available on draft. Presales for the cans will begin on January 12th on our website.

Doors will open at 12pm on the 15th and beers will be first come first serve for those who did not preorder.

Solitary Minds is currently on tap. Buddy’s Elixir and Barrel Elixir will be released on draft and 16oz cans on November 24th, the day before Thanksgiving.

January 1: Sweet Honey Of A New Year.
Release of Bumblebee Feet, our Braggot-Style Honey Beer; the Big Beer star of our Big Beers, Belgians and Barleywines Event Month Celebration. The 16.5%abv beer will start 2022 off the right way. Honeycakes and black-eyed peas will be offered, as an added dose of luck. 1p-4p, New Year’s Day. 21+. $5.

January 31: S.D.D.W.W.A.L. Socially Distanced Drinking With Wayne And Laura. Spend an hour with Master Brewer Wayne Burns and Certified Cicerone Laura Worley, plus special guest Beth Walter. Pairing of our three Big Beer, Belgian and Barleywine with recommended meats and cheeses to pick up at the brewery beforehand, plus a t-shirt to commemorate. We will offer beer and meat/cheese suggestions to follow at home, wherever you are. 7pm-8pm.

January ( all month long) find our Big Beers on tap at both our Fort Collins and Denver taproom locations. You may also find beers tapped throughout the state of Colorado.

Dosvidanya Day on Saturday, Nov. 20th
Celebrate the annual release of our award-winning series! Dosvidanya is widely recognized as one of the best Barrel-Aged Russian Imperial Stouts on the market, having won back-to-back Gold Medals in the most competitive Strong Stout category and Best-in-Show accolades at the National Wood-Aged Beer Competition held in Chicago at the Festival of Barrel-Aged Beer (‘FoBAB’) in 2015 (for Dosvidanya) and Runner-Up Best in Show in 2016 (for Dosvidanya Rye). In addition, Dosvidanya is the 2015 Great American Beer Festival® Bronze Medal winner in the Wood and Barrel-Aged Strong Stout category. Dosvidanya was also named the “Best Beer in Illinois” by ‘Craft Beer and Brewing Magazine’. Dosvidanya outer market releases are after November 20th.

Unknown date of tapping and bottling

Thursday, 1/6, 6pm — FB Live — brewers Tanner Hulse & Alison Koziol are going live on FB to do a guided tasting and talk about their beers, BA Midnight Stallion (available in select liquor stores and at the tasting room in 22-oz. bombers) and Topple Back Doppelbock (available at the tasting room to-go in 32-oz. cans only).  Carol & TimCo will also no doubt interject with info about H&D and/or life in general!

Check out our FB feed at https://www.facebook.com/HorseDragonBrew.

Saturday, 1/8, noon — tapping a firkin of Fiery Stallion, our Dark Stallion Imperial Dark Lager infused with Thai chili peppers, and offering a flight featuring this beer with the above 2 beers paired with animal crackers (while supplies last, but should be all day).

Beer(s) featured in brewery tap room only (not anywhere else).

Special tasting with Owner/ Brewmaster in person or virtually online.

Both of these beers are available in both our Taproom and for distribution around the state of Ohio.

Find Siberian Silk Baltic Porter in cans or on draft, available mid-January only at our taprooms, while supply lasts. Cheers to Big Beers!

Starting January 2nd, our featured beers will be available and stay around until stock runs dry.

January, all month, find our beers in our Taproom as well as in cans at our supporting Liquor Stores!

Limited Release of Dragon’s Milk Reserve 2022: #1 in January at our pubs and liquor stores, bars, and restaurants.

This Reserve is aged for three months in rye whiskey barrels and finished with cinnamon, toasted Arbol chiles, and pure Madagascar vanilla extract. Rye whiskey barrels impart a wealth of earthy and spicy notes to this brew. Bold flavors of cinnamon and toasted chilies light the way to a sweet vanilla finish.

Enjoy Salyut Barrel-Aged Russian Imperial Stout, I Liked The Movie But The Bock Was Better Doppelbock, and Big Bad Braun’s Baltic Porter on draft and in 16 oz 4-packs to-go ONLY in the Taproom during the month of January!

Each beer release will have a new featured Food Pairing along with regular menu offerings!

Bottles of releases will be available in the taproom starting late November and running through winter until gone!

For the entire month of January, find our specialty Big Beers on tap and in a can in our Boulder taproom and in a liquor store near you.

Starting January 5th (for as long as supplies last) we will tap our Imperious Stout and pair with a food special from our smoker! We are going to tie together all things beer and spirits by breaking down a Peach Street Bourbon barrel that aged beer, dry out those staves and then use in our smoker for a special treat from our scratch kitchen!

Walrus Season is here! During the month of January, we’ll be releasing special burly brews highlighting our love for experimentation with stouts.

Our Velvet Walrus on Vanilla & Cinnamon + The Velvet Walrus on Raspberry will be available on draft & cans. These milk stouts are a crowd favorite & we’ve got special Walrus-themed merch in stock including stickers and long sleeve t-shirts.

If you join us Tuesday – Thursday, 4 PM – 7 PM, we’ve got Happy Hour Specials in place on select seasonal brews. Pull up, get a flight of our Walrus brews & enjoy personal tabletop heaters on our patio.

All events TBD. I will update the portal when they are confirmed! 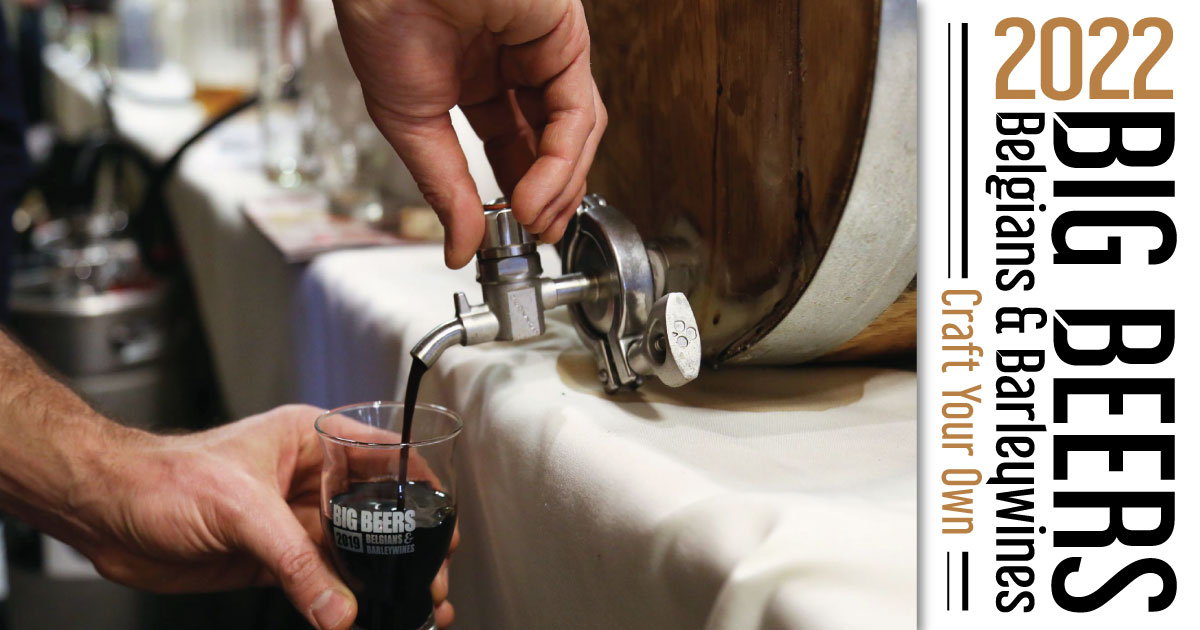